LOUISVILLE SHOWING UP FOR RACIAL JUSTICE

Louisville Showing Up for Racial Justice (LSURJ) is part of a national network of individuals and groups working to undermine white supremacy and work toward racial justice.

This network, known as Showing Up for Racial Justice (SURJ), was formed in 2008 in response to the rising tide of racism in the so-called “colorblind” era after the 2008 presidential elections.

Through community organizing, mobilizing, and education, SURJ moves white people to act as part of a multi-racial majority for justice with passion and accountability. LSURJ became part of the SURJ network in 2012.
​
Though it is an independent entity, LSURJ draws inspiration and support from the SURJ network and shares SURJ’s values and theory of change.

Racism and white supremacy keep the many divided for the benefit of the few. We must have an inclusive, open-hearted approach to organizing — calling people into this work rather than creating barriers to participation — while maintaining a clear political line.
​
These values help us do just that.
WE CALL PEOPLE IN, NOT OUT
SURJ is trying to create a culture and community that people actually want to be a part of.
The left (especially middle-class and wealthy people in social movements) has a long history of shaming and blaming people who don’t have the "perfect" words or don't exactly agree with our analysis. That kind of behavior doesn't help us build a mass movement for change. We need people to want to join us!

WE BUILD ACCOUNTABILITY THROUGH COLLECTIVE ACTION
We believe change happens when we build with millions of other people to change culture, policies and practices. We need a mass movement to make change.

Many people, especially middle- and owning-class people, have been trained to think that if we as individuals transform or learn new things, then change will happen. A focus on individual action will exclude the poor, working-class, rural, disabled, and multigenerational leaders we need.

Accountability doesn't mean waiting by the phone for a person of color to tell us exactly what to do. It means developing plans to organize in the white community and seeking feedback. Sometimes people of color are too busy organizing in their own communities to provide us feedback. We should act in those cases and not wait for permission.
WE TAKE RISKS, MAKE MISTAKES, LEARN, AND KEEP GOING
As white people, we are going to make mistakes when doing racial justice work. It's inevitable. We don't know anyone who has been in the work and hasn't made a mistake. Not a single person.

People of color take risks every day by living and moving through the world. We commit to challenging ourselves to be outside our comfort zones when doing this work.

While we take on real risk, we know that the risk is always greater for people of color.

When we make mistakes, we want to take the time to reflect on them thoughtfully and keep moving in the work. We cannot let making mistakes prevent us from continuing our work. There's just too much at stake.

We need to support our friends and members of our group when they make mistakes to learn and stay in motion.​
WE ORGANIZE OUT OF MUTUAL INTEREST
Racial justice isn't something we help people of color with. The system of white supremacy harms all of us — including white people, though in very different ways than people of color.

If we are going to stay in the work for the long haul, we need to get clear with ourselves about what we have to gain through this fight.

White supremacy has hurt white people by cutting us off from powerful traditions and cultures that we come from. Instead, we learn to celebrate money and power.

Every person has their own story about why they started to do this work. Maybe they saw violence as a queer person that connected them to violence people of color experience at the hands of police. They may have grown up poor and seen how racism and money are connected. These stories help us find our mutual interest.
WE BELIEVE THERE IS ENOUGH FOR ALL
There are enough resources in the world for everyone's basic needs to be met (decent housing, food, safety, etc). The problem isn't that we don't have enough stuff — it's that it's distributed unfairly.

The people at the top — the 1% — have most of the wealth. They use racism as a tool to keep us fighting amongst ourselves, instead of uniting and fighting against them for the things we need to live full lives.

We are trained to believe that there is a shortage of resources, so we need to hoard them, avoid sharing, and compete with others. In order to build a movement for justice, we need to share and support one another.

People will do this work in different ways, and that’s okay because we need everyone joining this work.
WE TRUST THAT GROWING IS GOOD
We need millions of white people to join the movement for racial justice. This means we need our groups to constantly grow.

Sometimes it feels easier to close our groups off and only spend time with people who are like us. In order to build a movement, we need to push ourselves to open up and work with anyone ready to take action.

It is important to make sure new people have a chance to become leaders. That means making a lot of opportunities for new people to do new things. Action is how we create commitment to our work!
WE CENTER CLASS
Our culture, media, and even sometimes movement leaders blame poor and working-class white people for racism, often without recognizing that middle- and owning-class white people disproportionately support policies and practices that uphold white supremacy.

Poor and working-class people of color and white people have been at the front lines of anti-racist struggle for generations.

SURJ is committed to supporting the leadership of and organizing in poor and working-class communities. We need people of all class backgrounds in this work. Learn more about our poor and working class commitment. 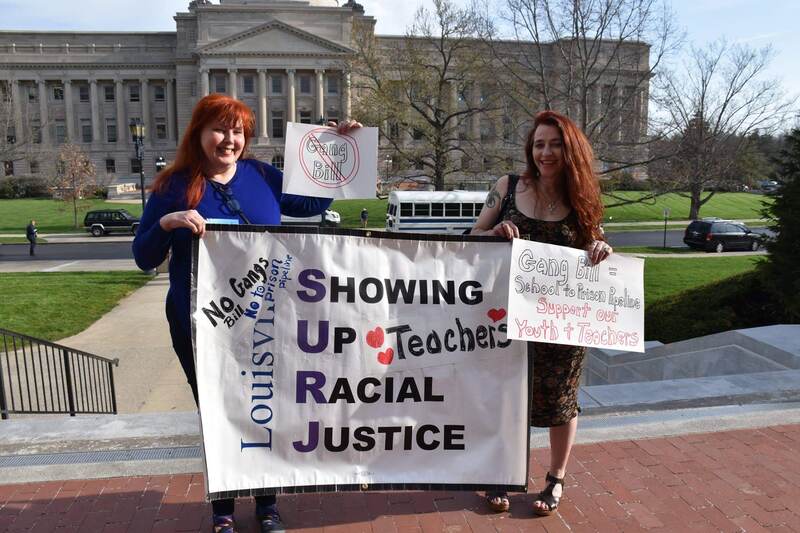 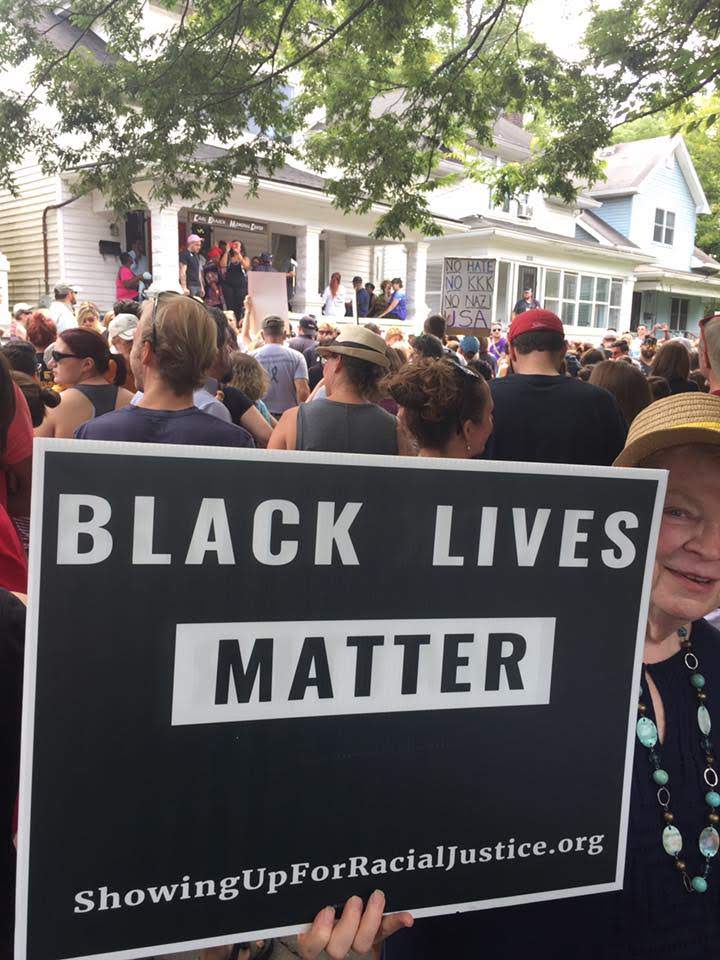 SURJ’s role as part of a multi-racial movement is to undermine white support for white supremacy and to help build a racially just society.

​That work cannot be done in isolation or disconnected from the powerful leadership of communities of color. It is one part of a multi-racial, cross-class movement centering people of color leadership.

Therefore, SURJ believes in resourcing organizing led by people of color, and maintaining strong accountability relationships with organizers and communities of color as a central part of our theory of change.

SURJ believes that we must ground our organizing in a framework of “mutual interest” — white supremacy is integral to economic injustice and to maintaining patriarchy and other forms of oppression. Racism and white supremacy keep the many divided for the benefit of the few. We must have an inclusive, open-hearted approach to organizing, calling people into this work rather than creating barriers to participation while maintaining a clear political line. When those of us who are white realize that racial justice is core to our liberation as well, then masses of white people will withdraw support from white supremacy. Together, as part of a powerful multi-racial, cross-class movement for collective liberation we can force the system of white supremacy to crumble.

In order to activate this theory of change, we employ three core strategies:
These strategies are dependent on multi-racial organizing and a specific focus on deepening, amplifying, and centering the leadership and organizing of poor and working-class folks, rural communities, and the U.S. South.
​
Within this framework, our network is using a number of tactics, including leading and participating in campaigns, base-building, direct action, relationship-building, communications work and more.

Coordinating Team
Louisville Showing Up for Racial Justice is led by a Coordinating Team made up of nine to 13 volunteers. Members are asked to commit to one- or two-year terms. Here is a document that gives an overview of the Coordinating Team. There is a short application to complete.

Leadership Team
An email group of about 40 local individuals who support and advise the Coordinating Team.

LSURJ holds accountability partnerships with organizations and community groups. For more information about how LSURJ moves in accountability, see the Theory of Change, above.

Foundational Resources
Ongoing resource updates from LSURJ
Additional resources will be shared under the Blog section of our LSURJ site. If there are resources you would like to see or share, email us at LouisvilleSURJ@gmail.com.

I think we spend a lot of time figuring out how to move white people, and just because of the social power dynamics, I don’t think that we’re best positioned to do that. I think other white folks who are invested in dismantling systems of oppression are best positioned to engage with other white people. We need you defecting from White supremacy and changing the narrative of White supremacy by breaking White silence.